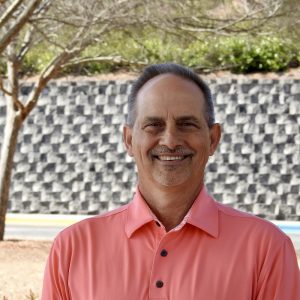 Steve has been on staff at CrossPoint/Center Point since 1990. Prior to moving back to his home state of Alabama, he served on church staff in Texas for 7 years and in Tennessee for 3 years. He grew up in Huntsville and graduated from Butler High School in 1975 – Go Rebels! That was so long ago that his high school has now been closed. He received his BA degree from Samford University in 1979 and his Masters of Religious Education from Southwestern Baptist Theological Seminary in 1982.

Steve and Anita were married in 1979 at the First Baptist Church of Montgomery. Anita received her Bachelors of Music Education from Samford, and taught public school music in Texas. She was a Special Education para professional in the Trussville schools and retired in 2016. They have two sons, two daughters in law and three grandchildren.  Andy is an accountant for Mayer Electric. He is married to Katie, who teaches history and coaches girls basketball at Hewitt Trussville High School. They have one son, Brooks. Ben is married to Whitney, and works for Coca Cola United in Birmingham. They have a son, River and a daughter, Rylee.

When Steve is not at CrossPoint he enjoys sports, especially golf. He is an avid sports fan, and pulls for the University of Alabama Crimson Tide, the Atlanta Braves and a variety of professional golfers.  He also enjoys smoking and grilling ribs and other assorted meats. Anita bakes beautiful cakes as a hobby. Together they are the proud “parents” of two Jack Russell dogs.