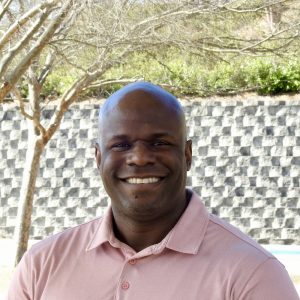 After graduating Stillman, Bryan went to work for Banc of America Leasing & Capital Group, LLC. in Tucker, Georgia for 4 years. After Banc Of America Leasing, Bryan endeavored upon a music career which included being background singer for American Idol Winner, Ruben Studdard. Bryan accepted the call to full time ministry in June of 2006 and became CrossPoint’s first full-time Worship Leader.

Bryan and Charma were married on April 17, 2004 in Birmingham, Alabama. Charma works for the Department of Veterans Affairs. They have two children, Lyric and Aria, who attend Briarwood Christian School. They also have a beautiful and well-behaved German Shepherd named, Cadence. (she only does what Bryan tells her to do.)