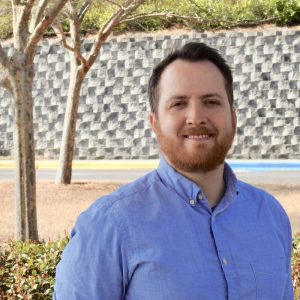 Ryan was born in Birmingham, AL. He grew up Clay, AL graduating from Clay-Chalkville High School in 2003. In 2006 Ryan moved to Orlando, Florida to attend Full Sail University. He earned his Associates of Recording Arts in 2007. After graduating he moved to Nashville, TN and interned at Blackbird Studio. During this time he also played guitar for various artists and recorded music of his own.

Ryan moved back to Alabama in 2010 after marrying Christy the same year. He worked for FedEx Ground for 6 years. After several years as a member of CrossPoint and participating in the praise band, Ryan joined the staff in February of 2015.

Christy and Ryan have two sons, Hudson and Jude. Ryan enjoys guitar, woodworking, carpentry and the art of making things.